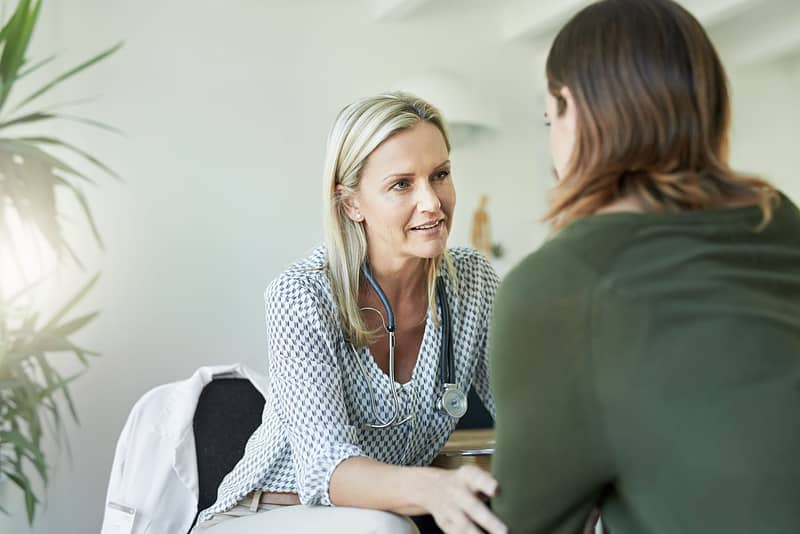 Following the 2018 rescheduling of cannabis (also referred to as marijuana), preparations derived from the plant – as well as synthetic versions of cannabis compounds – can now legally be prescribed for the treatment and management of a number of conditions. These indications include epilepsy, multiple sclerosis, and chronic skin conditions, however, one of the most common reasons for a medical cannabis prescription is for chronic pain conditions.

According to The British Pain Society, chronic pain conditions such as fibromyalgia and arthritis, affect around 43% of the UK population – of which 14.3% of cases would be described as either moderately or severely disabling. Despite this high rate of prevalence, there remain few effective treatment options for patients living with chronic pain.

The exact cause of chronic pain is largely unknown, however, triggers can include physical and emotional trauma, such as suffering from abuse or being involved in an accident. This makes it difficult to effectively treat chronic pain conditions. Currently, the most common treatments focus on the management of associated symptoms and include the prescription of painkillers (mostly opioids) and anti-depressants, behavioural and talking therapies, and exercise regimes.

The growing use of medical cannabis for chronic pain

Chronic pain is among the most common indications for medical cannabis use. Pre-clinical evidence suggests that both cannabidiol (CBD) and tetrahydrocannabinol (THC) may play a role in anti-inflammatory processes and analgesia (pain relief). Several studies have aimed to demonstrate whether medical cannabis products – including both these cannabinoids – are able to help with chronic pain and associated symptoms in human trials.

Design and methods of the study

The researchers identified eligible patients with an indication of chronic pain and were aged 18 years and older. Patients were identified through various sources, including online advertisements and medical cannabis certification centres. To minimise the effects of previous cannabis exposure, participants were required to be cannabis naïve or to have abstained from cannabis use for at least one year prior to their baseline assessment.

A total of 37 patients were assessed at baseline and at least one follow-up after 3 and 6 months of medical cannabis use. Data from further follow-up visits (12, 15, 18, and 24 months) will be reported in future publications.

Following their baseline assessment, all participating patients provided details of their medical cannabis treatment regimens, including product type, frequency, mode of use, and dose. Data from “drug diaries” were corroborated via monthly phone check-ins and in person visits.

As a separate pilot arm, the researchers have also begun recruitment of treatment-as-usual (TAU) patients who do not choose to use medical cannabis treatment. TAU patients follow the same visit schedule as medical cannabis patients and complete the same measures.

A number of scales were used to measure pain and symptom outcomes, including the Visual Analog Scale (VAS) and Numerical Rating Scale (NRS) which were used to determine measures of patients’ overall level of current pain. Patients also completed the Pain Distress Scale (PDS) which assesses the level of distress caused by pain, and the Pain Disability Index (PDI) which determines the level of disability caused by pain.

Other symptoms associated with chronic pain

Data collected with other clinical measures showed a significant improvement on several measures of sleep, mood, anxiety, and quality of life. The researchers identified a trend where improvements generally emerged after 3 months of treatment – these treatments were maintained or strengthened at data collected at the 6-month follow-up.

Anxiety scores were also seen to improve significantly with ratings on the State-Trait Anxiety Index (STAI) showing improvement continuous improvements at month 3 of treatment. Further significant reductions in anxiety symptoms were noted after 6 months on all scales, including the Beck Anxiety Index (BAI) and STAI state and trait anxiety subscales.

Given the promising preliminary results of this ongoing longitudinal study, the researchers conclude that cannabinoid-based products may “represent a viable adjunctive/alternative for chronic pain treatment in at least a subset of patients, which is supported by the current findings as well as mounting preclinical and clinical evidence.”

The authors note, however, that evidence collected through many of the past studies in this area have focused on synthetic, non-plant-derived cannabinoid products, such as nabilone and dronabinol. On the other hand, other studies have assessed the impact of whole-plant-derived products such as Nabiximols (an oral spray with equal amounts of CBD and THC). Therefore, they stress the need for additional investigations to determine which specific cannabinoid preparations are likely to be most effective in the treatment of chronic pain and associated symptoms.