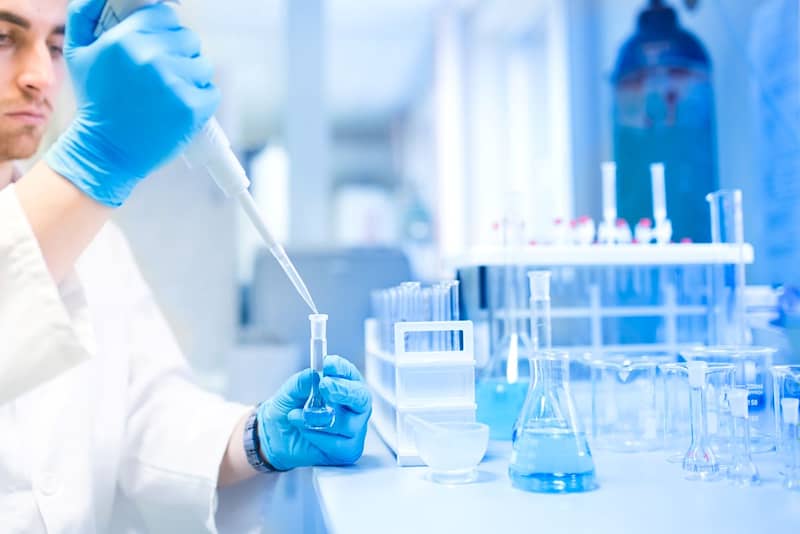 Over recent years, cannabis legalisation and decriminalisation have been on the rise across the world, giving millions of people access to both medical and non-medical cannabis. In the US accessibility has broadened rapidly, with over half of citizens now living in a state where medical and/or recreational cannabis has been legalised. Cannabis is known to affect individuals in different ways, however, surprisingly little is known about the response to tetrahydrocannabinol (THC) due to its interactions with circulating hormones oestrogen and progesterone.

The existing evidence in rats suggests that increased levels of oestrogen increase the antinociceptive (blocking of pain perception) effects of THC – the main psychoactive constituent of cannabis. However, little is known about whether circulating hormone levels also affect responses to THC in humans. A recent study aimed to determine whether oestrogen levels influence the effects of THC in people at different phases of the menstrual cycle.

The treatment was then administered in the form of a capsule containing either THC (dronabinol 7.5 or 15 mg THC with dextrose filler) or placebo (dextrose only). Capsules were administered under double-blind conditions. Participants completed subjective effect questionnaires at regular intervals (30-, 60-, 90-, 120-, and 180-mins post-capsule) which were compared to baseline levels 15 mins prior to administration.

Both doses of THC (7.5 and 15 mg) were seen to significantly increase heart rate and decrease high-frequency heart rate variability relative to placebo. THC administration was also associated with increased salivary cortisol, decreased parasympathetic cardiac activity, and increases in ratings of anxiety, fatigue, and confusion. On most outcome measures, oestrogen levels were not related to responses to THC at either dose.

Oestrogen levels were, however, related to the time course of drug effect on two subjective measures: DEQ”: ‘Want more” and POMS: Anxiety. For each of these domains, the ratings occurred slightly earlier during the phase of the menstrual cycle with lower circulating oestrogen levels. These findings suggest that oestrogen levels may impact the onset of certain subjective effects of THC.

It is unclear why the difference in onset was apparent in some measures and not in others; however, these findings appear to suggest that any effects caused due to oestrogen levels are not secondary to differences in absorption. Nevertheless, it remains possible that the presence of higher oestrogen levels in some way reduces sensitivity to subtle effects of certain drugs.

The researchers note: “the finding that responses to THC were unrelated to oestrogen levels on most measures is apparently inconsistent with reports that responses to cannabinoids are related to circulating levels in rodents”. It is recommended that further research be conducted to determine whether higher levels of oestrogen – such as those during ovulation – may impact THC responses.

Prior research has previously established that female sex is associated with greater responses to cannabinoids at lower doses. It has previously been postulated that female sex hormones, such as oestrogen are responsible for this. The design of this research means that it is not possible to definitely prove that the difference between circulating oestrogen levels in males and females is responsible for different clinical responses. However, it does suggest there are minor variations in response to THC during the natural change in oestrogen during the menstrual cycle.

Finally, the researchers conclude that additional research is needed to replicate and extend these findings. As cannabis becomes increasingly accessible for both recreational and medicinal purposes, it is important to understand potential sources of variation in response to cannabinoid-based products, and potential predictors of adverse responses.