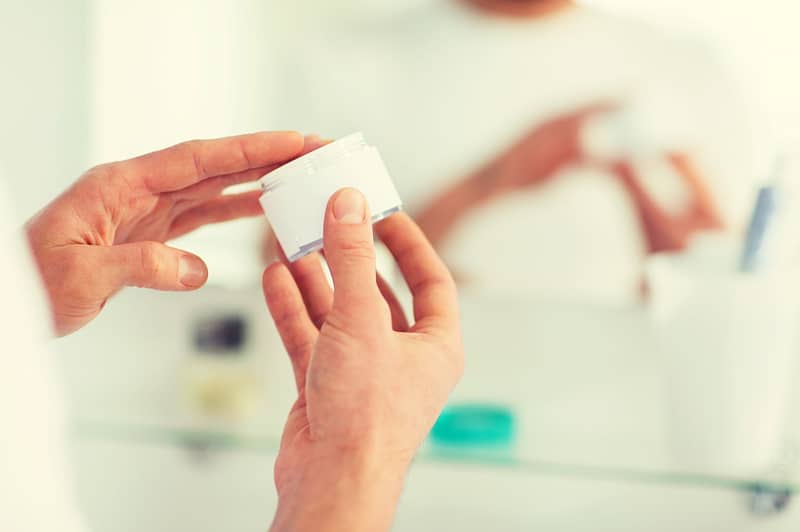 Inflammatory skin conditions, such as Atopic Dermatitis, can become a significant burden on those affected and leading to several associated symptoms. Atopic Dermatitis or Atopic Eczema is believed to affect between 2.1% and 4.9% of the global adult population, with prevalence in the child population believed to be even higher.

The current first-line therapies used for the treatment of atopic dermatitis and atopic eczema – usually corticosteroids and calcineurin inhibitors – are generally efficacious, however, are commonly associated with significant adverse effects which may limit long-term use. In recent years, however, cannabinoids are increasingly being explored as an alternative option, thanks to evidence of their anti-inflammatory therapeutic effects.

Atopic dermatitis, or atopic eczema, is a chronic, relapsing, and remitting inflammatory skin disorder, which is characterised by eczematous skin lesions, intense pruritis (itching), xerosis (dry skin), cutaneous hypersensitivity (exaggerated or inappropriate immune response), and lichenification. There is an increasing amount of evidence to suggest that the anti-inflammatory and neuromodulatory properties of some cannabinoids (compounds produced by the cannabis plant) may be useful in reducing a number of these symptoms.

A more recent study took a closer look at cannabidiol (CBD) as a topical preparation, for its potential anti-inflammatory effects in a dermatitis mouse model, showing significant reduction in swelling, a surrogate marker for inflammation.

For this study, researchers used a topical formulation of CBD in combination with palmitoylethanolamide (PEA) – with both ingredients being considered active ingredients of interest in this context. The topical was produced to Good Manufacturing Practice standards and is commercially available to customers. For comparison to standard treatment, researchers also used topical corticosteroid (mometasone 0.1% – a class III corticosteroid).

12-O-tetradecanoylphorbol-13-acetate (TPA) is traditionally used to study various forms of inflammatory skin disorders such as AD, allergic contact dermatitis, and psoriasis. In this study, TPA-induced ear oedema (swelling) was utilised as the chosen model of skin inflammation.

Results of the study

Preparations were applied only to the left ear of each mouse, with the right ear left untreated throughout. Prior to TPA application, the researchers measured/callipered the ears of each mouse and repeated this for the left and right ear of each mouse at 8, 24, and 48 hours to maximum ear swelling potential to assess the efficacy of mometasone and CBD/PEA treatments. This was achieved at the 8-hour calliper of the TPA control group (group 2).

Mice that were treated with mometasone furoate (corticosteroid) ointment showed a significant reduction in the difference between the left and right ear calliper, from maximum edema, after 8-, 24-, and 48-hours post-challenge period. In comparison, test product containing CBD (0.9%) and PEA yielded a smaller, yet still significant, reduction in the difference in ear calliper.

When compared to the TPA control group (group 2), treatment with CBD and PEA and treatment with mometasone both resulted in a significant difference in mean change in ear calliper at 24 and 48 hours.

This study showed that treatment with a topical formulation of CBD and PEA can produce a significant reduction of cutaneous oedema. Given these results, the researchers suggest that CBD/PEA may be of clinical utility for the treatment of inflammatory skin disorders.

Past research has demonstrated that CBD has a low affinity for cannabinoid receptors (CBRs), suggesting that the anti-inflammatory effects of the compound may act independently of primary CBRs. One study has previously suggested that THC and CBD modulate the immune system by a decrease in TH17 phenotypes, decreased production of IL-17, and decreased expression of IL-6 gene, the latter being a key component in chronic inflammation and TH17 activation. Importantly, TH17 and IL-17 are gaining recognition as important components in atopic dermatitis pathogenesis.

The researchers conclude that the findings of this study are consistent with previous in-vivo and clinical studies supporting the anti-inflammatory properties of cannabinoids. Furthermore, CBD/PEA preparations may offer a promising option for the treatment of inflammatory skin disorders. Further research in this area, as well as to assess the long-term safety, efficacy, and adverse effects of cannabinoids in this setting.